Eldeco Acclaim, the 2nd Phase of Eldeco Accolade, is located on Sohna Road, Sohna, Sprawling over 13 acres and home to over 150 families, this 2/3 + Servant BR Apartment complex offers everything needed to live a fulfilling life. It echoes luxury in every detail - right from the picturesque Aravalli views to a host of lifestyle amenities. With so much and more, you will surely forget what lies past the world of Acclaim.

With everything you may need in close proximity, Eldeco Acclaim offers you utmost convenience. Here, cradled by lush Greens in the lap of Aravalli Hills, you will feel rewarded by mother Nature herself. Or take a winner’s shot at the golf course nearby and celebrate every victory like a true achiever. 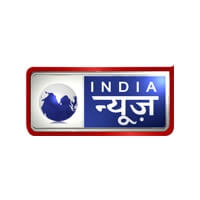 Request a call back Now!

We only work with the best builders around the globe

Disclaimer: This disclaimer is applicable to this website and all micro-websites of 3 Horizons Pvt. Ltd. By using or accessing this website you agree with the disclaimer without any objection or limitation. This is not the official website of the developer and property, it belongs to an authorized channel partner for information purposes only. All rights for logo, images, and project details are reserved to the respective developers unless otherwise mentioned. By using or accessing this website you agree with the Disclaimer without any questions or limitations. By accessing this website, the viewer confirms that the information including brochures and marketing collaterals on this website are solely for informational purposes only and the viewer has not relied on this information for making any booking/purchase in any project of the company. Nothing on this website, constitutes advertising, marketing, booking, selling or an offer for sale, or an invitation to purchase a unit in any project by the company. The company is not liable for any consequences of any action taken by the viewer relying on such material/information provided on this website. This website is in the process of being updated.

Assured Call Back Within 5 Minutes